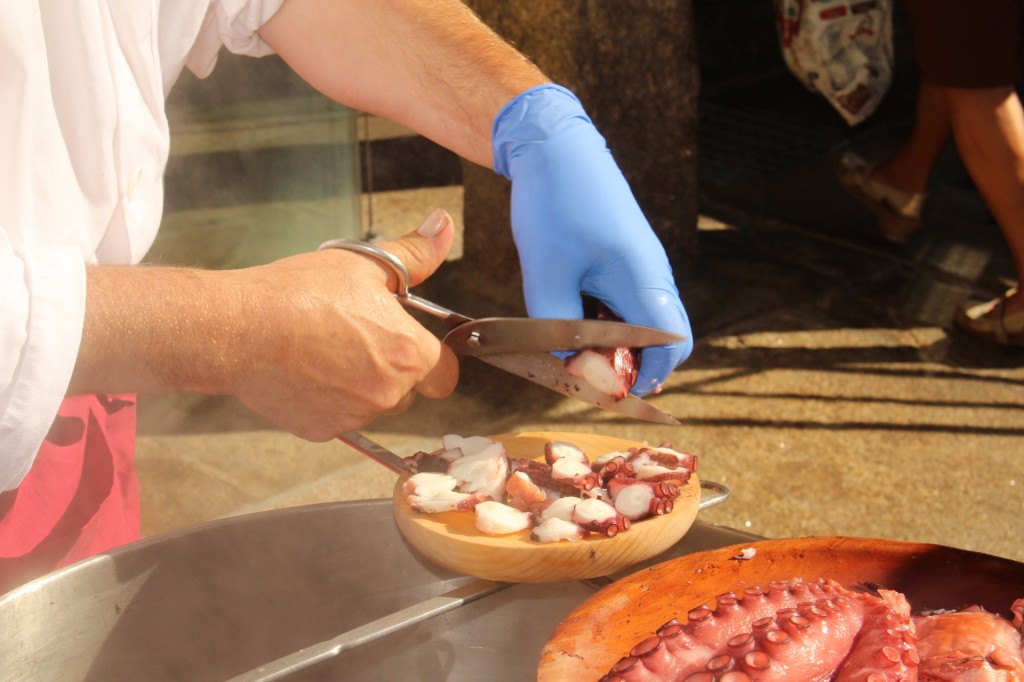 Santiago may have close to 500 eating establishments, divided into cafeterias, inns, restaurants and bars, ranging from traditional Galician to avant-garde gastronomy.

The city features a lot of gastronomic attractions, with its “mercado de abastos” (food market) being a food temple devoted to fine produce. There are a range of options, such as eating octopus in the market on Thursdays and Saturdays, or buying seafood and having it prepared to eat in the market for a small price.

In Santiago, courtesy tapas are normally served free of charge when you buy a drink before lunch or dinner, regardless of whether you are sitting at a table or the bar.

As in the rest of Spain, people in Santiago like to go out for a drink. Starting from 1 pm or 8pm, people usually go out in the area around the food market, the Troia-Plaza Cervantes-San Martiño Pinario area, the emerging Rúa de San Pedro area and the traditional area of Rúa do Franco and A Raíña, a time-honoured circuit where there may be more than 100 bars in barely more than 100 metres. There they enjoy courtesy tapas accompanied by fine Galician wine (red or white) belonging to Galicia’s 5 designations of origin: Ribeiro, Rías Baixas-Albariño, Mencía-Ribeira Sacra, Valdeorras or Monterrei.

Different type of pies (“empanadas”), octopus prepared in different ways, local seafood with or without a shell, fresh fish from the Atlantic sea and Galician coast, different types of meat, pulses and vegetables from the Galician countryside are some of the varied options that can be savoured in any of the aforementioned areas.

Here is an example of a gastronomy route that we’ve prepared for Como en Casa’s clients.